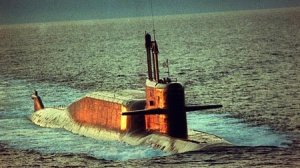 ”The number of deterrence patrols conducted by Russia’s 11 nuclear-powered ballistic missiles submarines (SSBNs) decreased to only three in 2007 from five in 2006 (…) In comparison, U.S. SSBNs conducted 54 patrols in 2007, more than three times as many as all the other nuclear weapon states combined. The low Russian patrol number continues the sharp decline from the Cold War; no patrols at all were conducted in 2002 (…). The new practice indicates that Russia no longer maintains a continuous SSBN patrol posture like that of the United States, Britain, and France, but instead has shifted to a new posture where it occasionally deploys an SSBN for training purposes”.
”We estimate that in 2015, Russia will have a total of 2,490 strategic nuclear weapons, a 20 percent decrease from today. This comprises 844 ICBM warheads (depending on future warhead loadings), which is a 47 percent reduction; 896 SLBM warheads, a 23 percent increase; and 878 warheads on the bomber force, a slight decrease”.